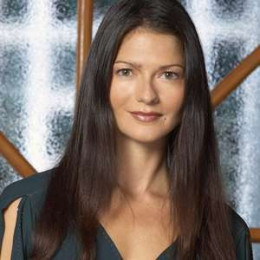 Born in Edmonton, Jacqueline Hennessy is a Canadian television host, journalist, and an actress as well. She is a mixed ethnicity of Italian, Irish, French, Ukrainian and Swedish. She was born to Maxine and John Paul Sr. and has twin sister Jill Hennessy. Hennessy holds a doctorate degree in French literature. Before becoming a journalist, she acted and appeared in various films with her twin sister.

Jacqueline Hennessy is primarily known as the host of Medical Intelligence show in Rogers Television. She is also known for appearing on MSNBC and Tech TV. Besides journalism, she has also worked as an actress in Dead Ringers alongside her sister. Her other works in acting include Law & Order and Homicide: Life on the Street. As a writer, she is also a contributor to Canadian magazines. Hennessy is married and she is the mother of two children.

Information about Terry Moore is not much know. So far the couple are living happily together with no signs of divorce. Hennessy and Moore have two beautiful daughtet.

Mia is the first daughter of Hennessy and Moore. Although some of her photos are available on the internet, none of her informqtion is disclosed.

Evie is the second daughter of Hennessy and Moore. Her beautiful photos are available on the internet.