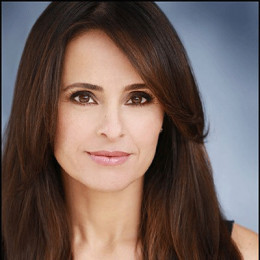 Jacqueline was born to Argentine immigrant parents named Angie and Albert Obradors. She grew up in the vicinity of California, and as a child, she learned to dance and grew very fond of it. Her first stage act, however, came late at the age of 19 when she joined her college team.

Before pursuing her career in acting, Obradors was a cashier at Hughes Market in Canoga Park, California.

Jacqueline Obradors is popular for playing supporting roles in ‘Six Days, Seven Nights’ in 1998. This is an adventure-comedy film directed by Ivan Reitman and starring Harrison Ford and Anne Heche in a character of ‘Angelica’.

In 2003, She worked in A Man Apart, a vigilante action film which was directed by F. Gary Gray and released by New Line Cinema. In 2001 to 2005, she portrays the character of Detective Rita Ortiz on the ABC crime drama NYPD Blue, a police procedural drama television series.

Similarly, in 2010, Obradors had the recurring role on NCIS, an action police procedural television series, revolving around a fictional team of special agents from the Naval Criminal Investigative Service, which mainly investigates crimes involving the U.S. Navy and Marine Corps.

She was in a character of ‘Alita’ for 4 episodes but TV Land gave a 12-episode straight-to-series order in August 2015.

In 2001, she got her nominated for ALMA Award in a category of Outstanding Actress in a Motion Picture for her movie ‘Tortilla Soup’.

Recently, she was nominated for ALMA awards.

Jacqueline Obradors married Juan Garcia, a film producer and an actor himself from Spain. However, due to the secretive nature of Obradors, she never opens up about the exact date of her marriage. The duo hasn't any children yet.

The duo hasn't any children yet. They are together for a long time and there aren't any rumors regarding their divorce or split. In the past, also she never linked up with her co-actors as she prefers to keep her professional life aside from her private life.

The 5 feet 6 inches tall actress has earned a lucrative amount of salary and her net worth is also expected to be $5 Million (2017).