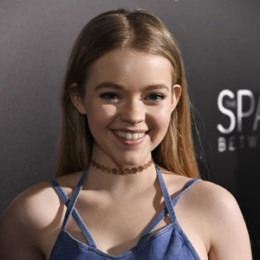 Jade Pettyjohn is a famous child star who is best known for her work in An American Girl: McKenna Shoots for the Stars and Nickelodeon's School of Rock.

Jade Pettyjohn, a native of Los Angeles was born on November 8, 2000. She used to perform with local children’s song and dance troupe before landing roles in TV. Jade is a child star who got the critical acclamation with her incredible performance.  She made her television debut with the starring role on the CBS hit show The Mentalist in 2008.

Pettyjohn then went on to play in the films like S.H.M.I.L.U., Stranger, Prodigal, Dakota’s Summer, Shangri-La in Suite and Girl Flu.

Her skillful portrayal got her opportunities to play in an array of TV series such as Revolution, Criminal Minds: Suspect Behavior in 2011 and Grimm in 2012.

Her breakthrough role came as McKenna Brooks in An American Girl: McKenna Shoots for the Stars. She also featured on the Nickelodeon TV series School of Rocks. In 2017 she was seen as a co-star in the Nickelodeon Original Movie Rufus 2.

The 16-year-old charming actress Pettyjohn has not dated anyone till the date. Even though she is seen hanging out with her guy friends she is possibly single.

In her free time, Jade hangs out with her friends and family. She is quite fond of dogs. She also enjoys listening to music.

Working at such a young age Jetty earns a decent amount from her career. She has a bright future ahead, and her net worth is sure to increase. Currently, her net worth must be around six figures.