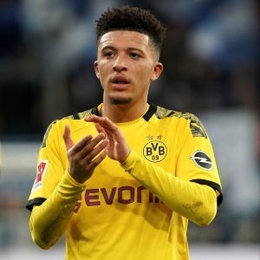 Jadon Malik Sancho is an English professional football player who plays as a winger for the German club Borussia Dortmund and the England National team. Previously, he was a youth player for the English teams Watford and Manchester City.

Is Jadon Sancho Dating Anyone? What is his Relationship Status?

The 20-year-old Jadon Sancho is possibly single at present. Though Sancho is active on social media, he has not shared anything related to his love life. 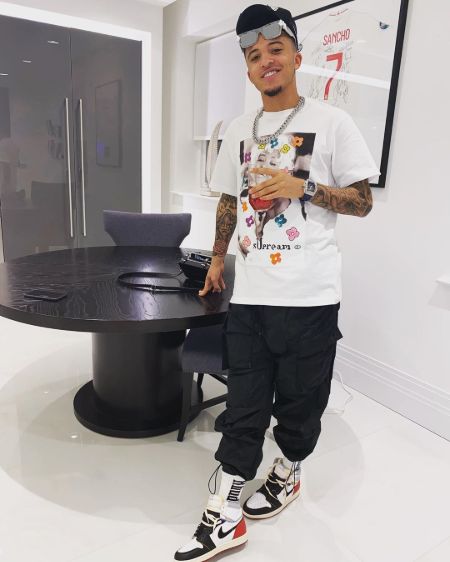 Jadon Sancho is single as of now. SOURCE: Instagram

It can be clearly seen that the no. 7 player is totally obsessed with his football career. Also, he is just 20 and not a perfect age to be committed to any relationship. Going through Jadon's Instagram, he often travels different places on his own company and also with friends.

JS7 loved football from an early age. To tell you the truth, he started playing at the English club Watford at the age of seven. When Sanchon was eleven, he joined Harefield Academy with the accommodation provided by Watford. In March 2015, the 14 years old Sancho joined Manchester City with an initial fee of 66000 pounds (almost $90000). He showed a fabulous performance playing there and tracked his way to the senior team in May 2017.

The 5 feet 11 inches tall winger was signed by the German Bundesliga club Borussia Dortmund on August 31, 2017. Furthermore, he made his debut in the club playing against Eintracht Frankfurt on October 21, 2017. he scored his first goal against Bayer Leverkusen in the Bundesliga on April 21, 2018, plus in the same match, he had two assists. After then, Dortmund extended his new contract until the season 2022. In October 2018, he was titled Bundesliga Player of the Month. Success continued ahead of the 2019–20 season, with on August 3, 2019, Sancho providing an assist and scoring in a 2–0 DFL-Supercup victory over Bayern Munich. 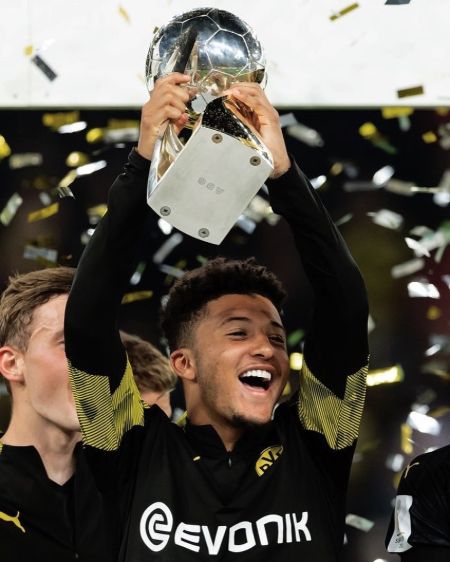 So far, Jadon has scored 31 goals for the German club within 93 appearances. He successfully impressed many managers with his amazing skills. Currently, the no.7 of Dortmund is targeted by lots of reputed teams around the globe, including Manchester United, Chelsea, and so on. 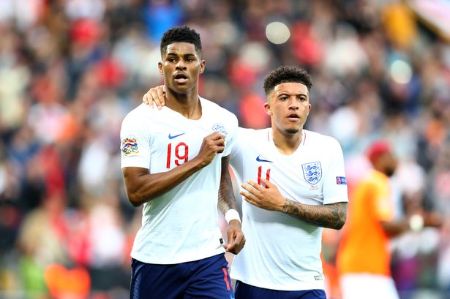 Sancho was formed in the senior squad of the England National team on October 4, 2018, with his impressive start of the 2018-19 season. In 2019, he scored two goals within eight appearances for his nation.

The star player has won many titles and cups for his nation, club, and individual too. Look below to see his achievements for different categories.

The 20 years old footballer holds an estimated net worth of $10 million as of 2020. Undoubtedly, he made a massive fortune at a young age by professionally playing football. 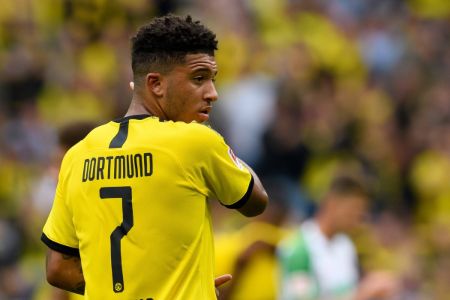 Jadon Sancho has the Whooping net worth of $10 million. SOURCE: Vbet News

Sancho has reported that he takes home $230,000 per week and also regarded as one of the highest-paid players in the German League. As a matter of fact, it is just the beginning of his senior career, and he has to make a lot in the future. As already mentioned above, he started earning millions since his teenage days pursuing a professional career in football. Hence, the Dortmund star is living a lavish life with his family.

Stay connected with marriedwiki.com for more exciting Gossips, Timelines, and Scandals too.