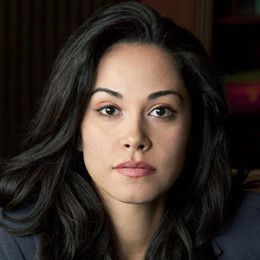 Jael de Pardo is a television actress as well as a model. Born in Columbia; she moved to New York at the age of two along with her family. Later, she moved to Los Angeles in pursue of acting and modeling career. She began her modeling career at the age of four at Ford Modeling Agency. Jael has modeled for Levis, Apple, Sony company. She began working for the cable television network Current TV as a show host, producer, and field reporter in early 2005.

Jael de Pardo was born on March 7, 1981, in Colombia. Her family moved to New York City when she was 2 and permanently resides theirs. She is American and belongs to the white ethnicity.

Jael began her modeling career at the age of 4 with the Ford Modeling Agency. She attends the prestigious Fashion Institute of Technology and completed her education in exhibit design and multimedia studies.

Later she moved to LA in order to pursue her career in modeling and acting. She joined the top institutes where she gets a chance to learned from many popular coaches.

Jael de Pardo began her professional career as a model. She has appeared in TV and print campaigns for many popular brands including; Levis, Apple, Verizon, Sony, and Nissan. She was a spokesperson for the national anti-tobacco Truth Campaign.

In 2005, she started her TV career as a host, producer and field reporter for cable television network Current TV. Her outstanding performance on Current Tv helps her to gain Silver Telly Award and the Bronze Remi.

Jael also appeared in the third installment of Syfy's hit adventure travel reality series, Destination Truth, as a field producer and researcher. Currently, she served as one of the team members of  Syfy's series Fact or Faked: Paranormal Files, which premiered in July 2010 and finished its second season.

Jale succeeds to earned a name and fame form her short period of a career. Due to her secretive nature, she hasn't revealed the exact figure of her net worth but it is assumed to be in millions of dollars.

In 2005, she used to work at Current TV which was last runs in 2013 and during that period she gets an average salary around $73 k per year.

According to our source, Jael de Pardo is possibly single at the present which means she isn't married yet. But rumors exist that she is dating Ben Hansen, however, the rumor is not yet confirmed as Pardo refused to talk about it. Many of her fans believed that she is not in a hurry to get married and focuses on her work. She is the idol of many youths, who wanted to strive into the same industry. She keeps her private life in a low profile as there is no information about her having affairs in social sites.