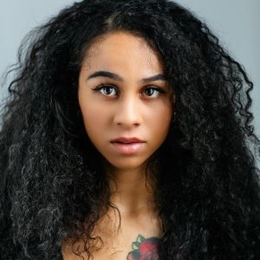 In today's world, the internet is one of the most powerful tools. If used properly, people can get recognition and opportunities that otherwise would not have been possible. A case in point is young actress Jahkara Smith. The Missouri native got her debut role in large part because of her social media presence.

Is 'Maggie' of "NOS4A2," Jahkara Smith, A Member of LGBTQ+ Community

Many fans are aware that the 23-year-old Jahkara Smith portrays a queer character in the TV Series "NOS4A2." But many people might not be aware that she, in real life, identifies herself as bisexual.

Yes, you heard it right, Jahkara is a LGBTQ+ member. In an interview with Tripwire back in July 2019, she revealed that she is bi. She further added that the director of the TV series "NOS4A2" was not aware of her sexuality when they chose her for the role of gay character Maggie. 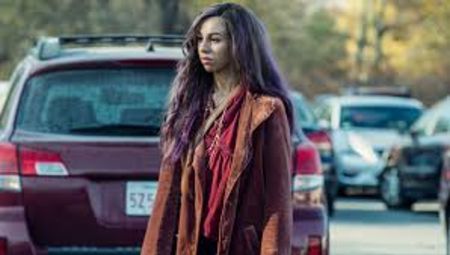 Maybe since Jahkara can totally relate to the character of Maggie, she performed the role realistically, which in turn increased the popularity of the character among fans. Furthermore, it also explains Smith's strong support for the protection of the rights of minorities. She regularly uses her celebrity status to speak out against bullying, the bias in the YouTube beauty community, anti-trans, and LGBTQ-bias.

Given that Jakhara is just in her early twenties, so it may come as a shock to many of the fans that she is a married woman. Infact Smith is her husband's last name. She is happily married to Kevin Smith, who works in the Air Force. 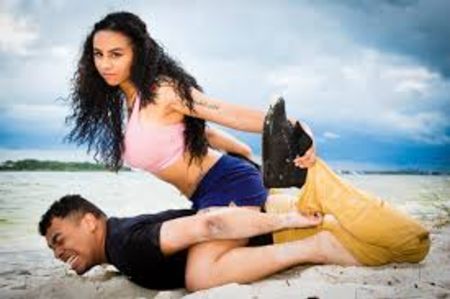 Smith is yet to disclose the details of her wedding but it is clear she tied the knot well before May 2018. The young starlet has talked about her husband in the 2018 interview of the New York Times. Furthermore, though Jakhara has not revealed the love story of her and her partner, given that she is a Air Force vet, so it is very likely that the love blossomed between them during the military.

Not only that the Smith couple has kept their conjugal life private. They hardly attend public events together and never share photos of one another on social media.

Tattoos and Their Meaning

If you see Jahkara, you cannot miss the ink she has in he body, especially the three roses running from her collarbone to her left shoulder. These three roses are a representation of her three siblings who remained together with her in the thick and thin part of her life. 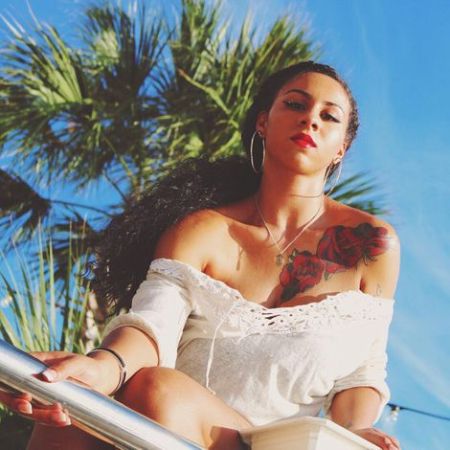 One another similar unmissable tattoo on her body is Arabic writing on her left arm. It is a Arabic proverb that states she has suffered, she has learned and has thus changed. In addition to these two, she also has tattoos on the back of her ear, hand, and thigh.

Jahkara Smith holds a total net worth of $400,000 as of 2020. She earned this fortune from various professions.

The Missouri native grew up without a stable home and income. Thus after graduating from high school, she decided against joining the college as she could not afford the tuition fee. Plus, she also kept in mind that having a college degree might not necessarily translate into a stable job in the future.

Therefore at the young age of nineteen, she decided to join the military as it provided her a guaranteed paycheck. She worked as a jet mechanic in the Air Force base in Florida. On average a Aircraft Mechanic at US Air Force ranges from $20,410 - $84,474.

On October 24, 2017, Smith took a day off because of sickness. While at home resting, she started using her social media and come across some mean tweets about women and how they should present themselves.

Out of annoyance of those tweets, she decided to make a parody video about makeup and the rising trend of a beauty guru. She grabbed her camera and shot a satirical video titled Getting A Man 101 and posted on her YouTube channel Sailor J. The video became viral and soon started getting thousands of views every day. As of Feb 2020, the video has over 2.2 million views.

Though Smith never dreamed of becoming a YouTuber, the immensely positive response from the fans motivated her to continue making more videos. While still being in the army, she started uploading content about the various issues she wanted to address. In addition to that, she also made fun videos on zodiac signs and Harry Potter houses.

At first, Jahkara was regular in uploading new videos but as time passed on, the frequency of the videos started decreasing. The lack of content from her started making her fans all around the world nervous. People started wondering if she has quitted the video-sharing platform.

Thankfully, On July 26, 2018, YouTube Star addressed her situation and calmed the fans. She stated that she is not leaving YouTube but she is going on a hiatus. She also confessed that at present she has not anything to share content-wise. Furthermore, she also revealed that she is not happy with the YouTube Platform because of its attitude toward Trans content maker.

Nonetheless, before ending her video, she shared a piece of happy news that she has passed the audition of a television series and that she will be seen on a small screen soon.

As of Feb 2020, Smith has not posted any new video since her July 26 video. It seems like she is no hurry to return to YouTube.

Transition to Television and Movies

The writer and casting director of the television series "NOS4A2" knew her from her YouTube videos. Thus, they asked her to audition for the role of Maggie in the show. Smith, though did not have any prior experience in acting, but she passed the audition and was cast in the show alongside stars such as Ashleigh Cummings, Zachary Quinto, and Ebon Moss Bachrach. 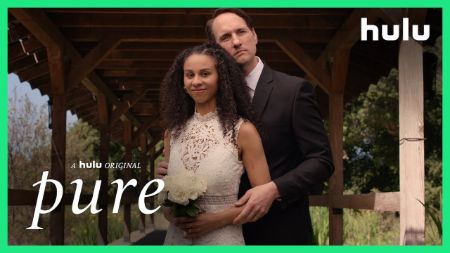 Jahkara Smith plays the role of Shay in the TV Series 'Into the Dark.' SOURCE: YouTube

Soon after landing a role in television, Smith left her job at the military and started filming. The show got positive reviews, and her performance was appreciated. Soon she started getting other opportunities. She was next seen in the TV Series "Into the Dark" in the episode Pure as Shay.

Kevin Smith works in U.S. Air Force. He and Jahkara Smith like to keep their married life out of the media spotlight.