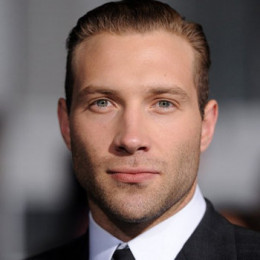 Jai Stephen Courtney is a actor and former model, noted for his role in films like Jack Reacher, A Good Day to Die Hard and I, Frankenstein. These days he is working hard for his upcoming movie project where he is all set to play Captain Boomerang, in the 2016 supervillain film Suicide Squad. His first screen role was as Alex in 2005's short 'Boys Grammar'. He was born to Chris, an electricity company worker and Karen, a primary school teacher.

Accounting his personal life, he is yet a bachelor and is single as well which might be a very good news for all his lady fans. It's not like he hasn't dated anyone, as he has been through several relationships till date. He does not have any kids from any of his girlfriends. Talking about his sexuality, he is straight. To stay in touch and known him better we can simply follow him on Twitter @jaicourtney.