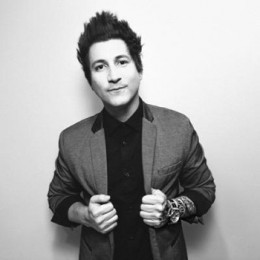 Talking about his current relationship status, he is in a serious relationship with a gorgeous American actress. The couple is together since 2003 and they probably are looking forward to getting married soon as they have a perfect chemistry with one another. Though the two are together for a long time, but yet they don't have any kids. We can stay connected and know him in a better way simply by following him on Twitter @ptvjaime.

Jaime Preciado was born on May 17, 1986, in San Diego, California to Mexican parents. His birth sign is Tauras which define his personality as reliable, practical, ambitious and sensual. He has an elder brother, Chris Preciado. He first learned trumpet after taking music seriously. He completed his schooling from El Captain School. Late, he got a bass guitar from his uncle.

Jaime Preciado started his singing career from a local band, ‘Trigger My Nightmare’ where he also played bass. Then he joined Pierce the Veil with whom he released three albums; A Flair for the Dramatic (2007), Selfish Machines (2010) and Collide with the Sky (2012). 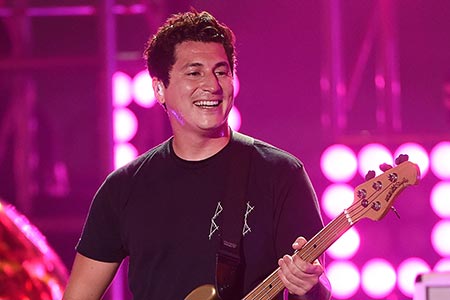 As a producer, Preciado recorded with the American pop-rock band, Steal the Scenery EP The Art of Breaking Hearts and  Punk Goes Classic Rock, Get Your Mind Right. He recorded and released three songs, Believe You Me, Anatomy and I'm the Secret. He is also responsible for the beats of the rapper and fellow musician Mikey WhiskeyHands.

Jaime Preciado generated a good sum of the amount from his musical career. He usually made millions from his albums and concerts. Considering his career growth, he his net worth isn't less than the seven-digit figure.

Jaime Preciado is in a romantic relationship with her longtime girlfriend Jessica Rose. The duo is together for a quite long period and they will be married anytime in the near future. They shared a healthy relationship with one another.

Preciado loves tattooing his body and he often mentioned his body says something about his personality and there isn’t a better reflection of anybody’s individuality than tattoos. He likes flying and dreamt of getting a pilot’s license.