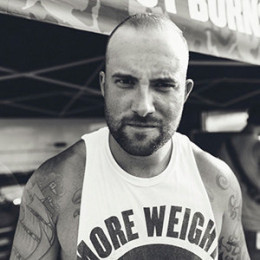 Born in South Carolina, Jake Luhrs is the vocalist of the metal band August Burns Red. He started his musical career by joining the band August Burns Red as the frontman in 2006. The lyrics of his band's music are usually about social topics such as depression, social tolerance, and grief. Jake is also the founder of Heartsupport and is working on the album Found in Far Away Places along with his band currently.

Jake Luhrs's band rose to fame after their album Messengers. After Messengers, they released Constellations, Leveler and Sleddin' Hill and Rescue & Restore. The band toured around various parts of America promoting it.

In 2015, Jake's band was nominated for Grammy Awards. Jake has been married since 2011, and there is no record of any children of him.

Jake has been happily married to Kristen since 2011. There in no record of any children of them.