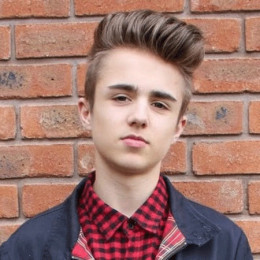 This young guy is a Web Star known for his YouTube channel JTGoesLive, where he posts several entertaining videos. He created his Channel on 27 June, 2013. He has been making and posting videos since he was 8 years old, by editing pictures together and adding music and sound effects. After publishing a video in 2015 detailing annoying things parents do, he received over 150,000 views.

Moving on to his personal life, he is too young to have a girlfriend by his side, but he has lots of fans and followers. He is much more focused on gaining popularity and making special videos to the public, rather than being with a girl. There is no any detailed information about his family background and his educational status. To know him more better we can simply follow him on Twitter @JakeJMitchell.