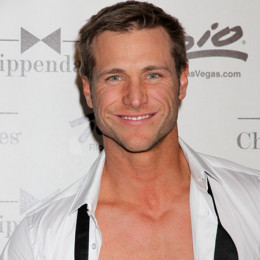 Jacob Lynn Pavelka aka "Jake Pavelka" is an American pilot, television personality and model. He is best known for appearing on a reality show The Bachelor as well as the contestant on Dancing With The Stars( Season 10).

Moving on to his personal life, Jake Pavelka is yet to married but he has several affairs in the past. Once he was engaged to a beautiful lady who also was a member of a reality show The Bachelor, but due to some complications in their relationship, they decided to break up.

Jake Pavelka's Net Worth and Career

Jake Pavelka holds a net worth between $700 thousand-$1 million from his career as pilot and reality star.

He studied Aerospace engineering at the University of North Texas and Embry-Riddle Aeronautical University and became a certified flight instructor in 2001. He is the son of Sallie Lanell and James Lynn Pavelka.