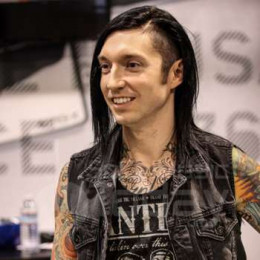 Jacob Mark Pitts, professionally known as "Jake Pitts", is an American musician, singer and record producer. He came to prominence as the lead guitarist of the rock band Black Veil Brides. Also, he is a certified recording engineer. He got inspired to play guitar by Metallica at the early age of 13. In 2012, he was honored with Revolver Magazine's Best Guitarist Golden Gods Award.

Talking about his personal life, he is yet unmarried and is single at the moment, which might be a very good new for all his lady fans. He once was in a serious relationship with a British model, with whom he was engaged as well but later the couple found some irreconcilable difference in between and decided to break up. Besides, there is no any record of his past relationships history.