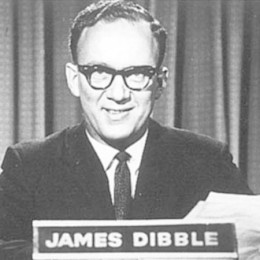 James Edward Dibble was a television presenter, best known as the presenter of the Australian Broadcasting Corporation's (ABC) Sydney news. He was born to Roland and Vera Dibble. He studied at St Brigid's Primary School and later graduated from De La Salle College. On Jan 1972, he was appointed a Member of Order of the British Empire for his outstanding services to media. In 2001, he received a Centenary Medal.

Accounting his personal life, through out his life he was never married and also don't have any kids. Also there is no record of his affairs and other such relevant activities. He lived his life being happy within himself and he never felt to have someone in his life. There is no such controversy related to his personal and professional life. He died of cancer in Sydney at the age of eighty-seven.