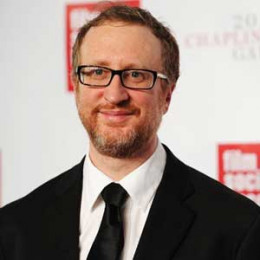 An American film director and screenwriter, James Gray is the winner of The Venice Film Festival's prestigious Silver Lion Award from his first movie, Little Odessa in 1994. His film, The Immigrant, was nominated for the Palme d'Or at the 2013 Cannes Film Festival. In 2012, he was selected as the member of the International Film Festival of Marrakech as the main competition jury. He is also an author of the books including- Tammy and the Gigantic Film, Snarl for the Camera and so on.

James was born on 14th April 1969 in New York City to a Russian Jewish descent family. His father was an electronics contractor once.

He graduated from the University of Southern California School of Cinematic Arts. While pursuing the degree, he wrote a student film named, Cowboys and Angels which helped him to earn the attention of producer, Paul Webster who encouraged him to write scripts.

James Grey began his career from the age of 25 from his first movie, Little Odessa in 1994 alongside cast member- Tim Roth, Vanessa Redgrave, Maximilian Schell and Edward Furlong. His movie had $1,095,885 box office collection at the time of release and even won The Venice Film Festival's prestigious Silver Lion Award in the same year.

James's second movie, The Yards released in 2000 with the cast members- James Caan, Mark Wahlberg, Faye Dunaway, Charlize Theron, Ellen Burstyn and Joaquin Phoenix. However, the film was not that successful.

Moreover, he wrote a screenplay for Blood Ties, Guillaume Canet's 2013 film and Canet. In 2015, James wrote Warner Bros movie, White Devil which was based on the life of John Willis. James wrote the script of The Lost of Z.

James Gray married Alexandra Dickson Gray on 21st May 2005. Alexandra is an American director plus producer known from the various movies including- Close to Home, The Third Monday in October and Two Lovers and so on. The couple has three children together, a daughter and two sons.

However, they pair has not disclosed the names of their children yet.

James might have huge net worth as he as worked in many hit movies. He way of life is of high standards and to maintain such a lavish lifestyle, he must probably have a net worth not less than six figure.

On 21st May 2005 James Gray married an American director plus producer, Alexandra Dickson Gray. The couple has 3 children together.

The oldest child of James Gray and Alexandra Dickson Gray is a baby boy. He has two more siblings- a younger brother and a younger sister.

The second child of Alexandra Dickson Gray and James Gray is a baby girl. The couple has not revealed any information regarding the children.

The couple has not revealed any information regarding the children.