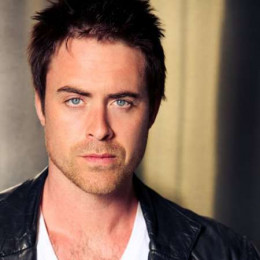 An English actor who is better known for playing the role of Sandy Hunter in Coronation Street with Anne Kirkbride. He is the great-grandson of Richard Hollins Murray who in 1927 discovered reflecting lens. He started his career by starring in ITV's soap opera Coronation Street. He was also cast in the 2005 movie Under the Greenwood Tree. He was starred in the lead role of Fran Davis in the remake of the '70s horror classic "It's Alive". He appeared in CBS series CHAOS in Vancouver from 2010 to 2011. Since 2014 he has been playing the role of Niles Pottinger, Mayor of Defiance in Defiance.

James Murray is a married man. He tied the knot to an actress, Sarah Parish in 2007. Together they were parents of two beautiful daughters but sadly they had to face the demise of their first daughter due to her premature birth.

Prior to getting married to his current wife, he shortly dated an English actress. Their relationship didn't last long. Since he is maintaining a very healthy relationship with his wife there is no chance of getting a divorce at any time soon.

James Murray holds an estimated net worth of $1 million.

She is also an actress. She is very gorgeous. She had two daughters and her elder daughter died due to premature birth affect.

She was born five weeks prematurely which became the cause of her death.

She is very gorgeous girl. Her picture can be found in different sites.