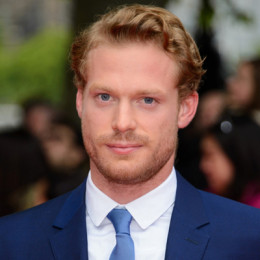 He is an English film, television and stage actor who is known for his lead role of Captain Stanhope in the revival of Journey's End as well as he has done several films like Rush, Belle and Mr. Turner. He is the son of Hugh B Norton and Lavinia J Norton, who both are teachers by profession. He completed his primary schooling in the village of Ampleforth in North Yorkshire. At University of Cambridge, he studied Theology.

James Norton was born James Geoffrey Ian Norton on July 18, 1985, in London to  Lavinia Jane (Norman) and Hugh Biddulph Norton. Both of her parents were teachers at Hull School of Art and Design.

James Norton completed his schooling from  Ampleforth College, an independent Roman Catholic (Benedictine) where he was good in theatre and tennis. At the age of 15, he gains working experience at Stephen Joseph Theatre in Scarborough.

In 2004, Norton attends Fitzwilliam College, Cambridge and graduated in 2007 with first class honors. Later, he received a  Fitzwilliam travel grant to teach at Northern India and teaches at 16 schools. Mainly his studies were focused on Hinduism and Buddhism.

Norton was also a member of the Marlowe society theater club at Cambridge and gets a chance to play in a production of Cymbeline. Then he joined Royal Academy of Dramatic Art for three years and left in 2010.

James Norton began his professional acting career since 2009 with film, An Education. The following year, he appeared in two theater project, Posh, and That Face.

Besides this, she worked on few theaters too, Journey's End, The Lion in Winter, Bug, and Belleville. In 2014, he won Crime Thriller Awards for a best-supporting-actress. Norton was awarded Man of the year award by Glamour Awards.

In 2017, he received CQ Men of the year awards in the category of a breakthrough actor of the years.

James Norton is in a romantic relationship with actress, Imogen Poots. The duo is dating since January 2017 after playing the siblings in the BBC1 adaption of War And Peace broadcast.

The pair played the role of a self-obsessed couple in Belleville at the Donmar Theatre. Their on-stage chemistry was loved by the audiences and critics as one of the critics described them as having 'fizzy chemistry'. In 2017, the couple spotted kissing on the Spitalfields market of London.

Prior, Poots he was in a romantic relationship with actress, Jessie Buckley for two years before their official split.

Once in an interview when he was asked about religious view, he said,

"Obviously, I have a relationship with religion because I went to a Catholic school and studied theology. I can't call myself religious, but I'm definitely fascinated by it."

Norton was appointed as trustee for the Royal Theatrical Support Trust in 2015. He has type 1 diabetes.

James Norton's net worth isn't less than six digit figure but the official figure hasn't public yet. Some of his highest grossing movies are,

James Norton talked about the rumors of portraying the James Bond character. Check out the video below,