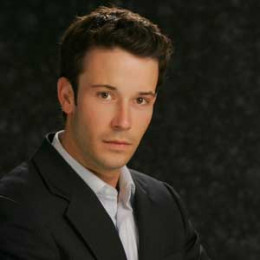 A television talk-show host, actor, producer and model, James Rhine came to fame after participating in Big Brother, a reality series. In the show, he won his first Head of Household in the 3rd week. He held the record for the most Power of Veto wins in Big Brother 6, but the record was broken by Sovereign Six ally Janelle Pierzina in the following season in Big Brother All Stars.

James Rhine was born on 6th December 1975 in Miami, Florida, the USA then moved to Atlanta, Georgia. He eventually moved back to Chicago, traveling to LA & NY for work.

He is a Loss Prevention Manager from Miami, Florida.James moved to Las Vegas in May 2013 where he worked as Marketing Director for Lily Bar and Lounge at Bellagio and then for The Deuce Lounge at Aria in 2014.

After signing with Don Buchwald and Associates in N.Y., James began his career. While living in Chicago, he also signed with Factor Models & Stewart Talent.

In 2012, his script for the movie "Tagged" was nominated for Best Screenplay at the Shockfest Film Festival in Hollywood.

In mid-2010 James became the lead host and a producer of "3 Guys in a Booth." The show was picked up nationally in February 2011 and aired on NBC NonStop until the network went off air in late 2012.

James was a recurring guest on Chicago's 'In the Loop TV ' program on WYCC, offering his opinions on current events/issues. He most recently hosted and was an interviewer for a few segments on 'Celeb TV'.

He was also a contestant on the 'Big Brother 6' (U.S.) and 'Big Brother: All-Stars.'He ranked  #2 in Reality Blurred's Sexiest Reality Stars of 2006 competition.

He currently seems to be single.

James' exact worth has not been revealed yet. But looking at his way of living he must certainly have a huge net worth.