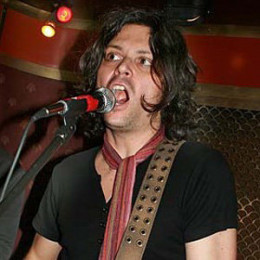 An American musician, actor, journalist and critic, James Rotondi is currently single. He grew up in a political family. James Rotondi is the grandson of three-term Massachusetts governor and former Ambassador to Italy, John A. Volpe. As a musician, he has played with the rock groups Mr. Bungle, the French band Air, jazz-hop pioneers the Grassy Knoll, and NYC band The Cringe.

James is the former Editor-in-Chief of Future Music magazine. He also sings, plays and composes for albums and television; Rotondi’s debut solo album, “Summer Home,” under his artist alias "Roto". His band Roto's Magic Act combines onstage magic with original rock music in the spirit of David Bowie, Gram Parsons, and XTC. James Rotondi has not revealed any information about his personal life on the social sites.