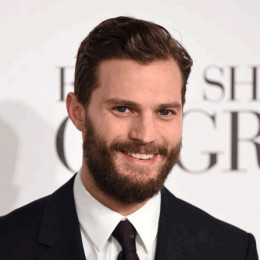 James Dornan aka "Jamie Dornan" is an actor, model and musician, who gained international fame after portraying Christian Grey, in the film Fifty Shades of Grey in 2015. He has played in the BBC Two crime drama series The Fall, as serial killer Paul Spector and as Sheriff Graham Humbert in the ABC series Once Upon a Time. He is the son of Professor Jim Dornan, an obstetrician and gynaecologist and Lorna Dornan, who died of cancer when he was 16.

Moving on to his personal life, he now is a married man and has raised a beautiful daughter with his wife. He married his wife in 2013 and it seems like the couple have a great bonding with each other so there is no sign of their divorce. Before his marriage, he had dated a long list of gorgeous ladies in his past days and was often rumored of dating an American actress Lindsay Lohan.

She is a British singer, songwriter and actress. The couple is blessed with a beautiful daughter.

This cute little girl is the only child of Dornan and his beloved wife.