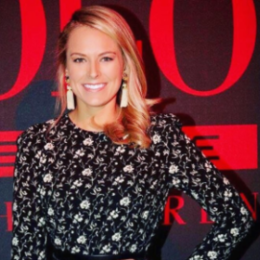 Jamie Erdahl is a CBS Sports Correspondent from the United States. People have recognized her as the SEC's lead sideline reporter for CBS. She works alongside Brad Nessler and Gary Danielson. Let's discuss her personal life, net worth, lifestyle, and many other things in detail.

Jamie Erdahl is Married to her husband.

Jamie Erdahl is happily married to an American football player Sam Buckman. The pair tied a knot in mid-2017 after dating for several years. The journalist began seeing her athlete husband in 2014. Probably, they met for the first time at stadiums. The pair allegedly engaged when Jamie was in London for NFL. 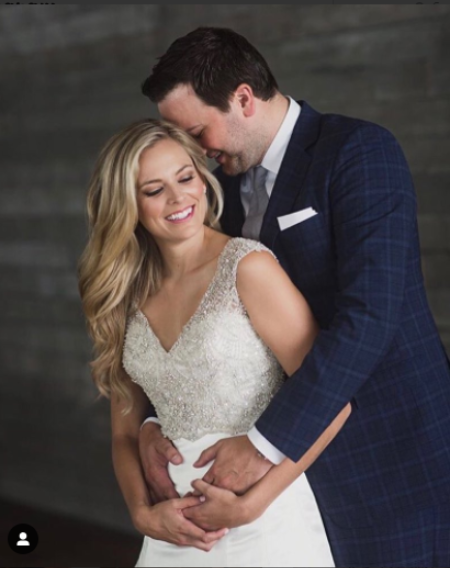 The romance between the two blossomed as soon as they started liking each other. On July 23, 2017, the pair exchanged vows in a lavish ceremony held at church. Around 100-150 guests attended the wedding to bless the newly married pair.

Jamie Erdahl has summoned an estimated net worth of $1 million from his decade-long career as a reporter. However, in comparison to high-level employees, or studio hosts, the sideline reporters make significantly less. 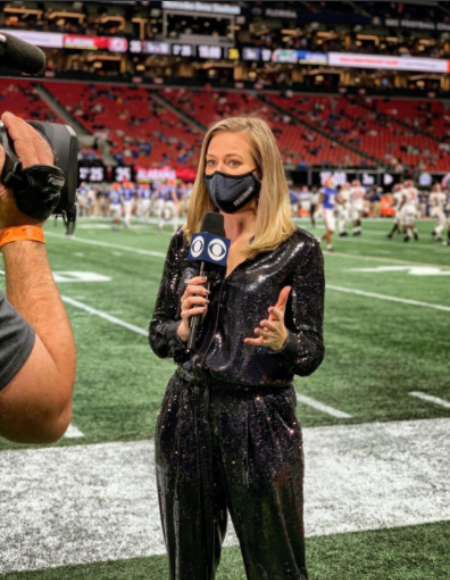 Jamie Erdahl serves as a CBS sideline reporter.
The veteran journalist's salary ranges from $10,000 to $237,526 per annum. Likewise, Erdahl's husband is a former football player who has generated excessive amounts as a professional player.

Jamie Erdahl started her broadcasting career while at university. She began hosting several shows, including Eye in the Eagle. She presented a show based on men's basketball and the university squad aired on Comcast SportsNet Washington.

After joining NESN n late 2012, she became the anchor-reporter team's newest member. Meanwhile, the blonde beauty filled in as Jenny Dell's sideline reporter. During the 2012 season, Jamie reported on the Boston Red Sox baseball team and their efforts.

Jamie Erdahl telling her colleague about her busy life!

In 2013, she served as a rinkside reporter for the Boston Bruins and the NESN's 30-minute live news broadcasts host. A few years later, she became CBS Sports' new studio presenter, contributing to various programs on the channel.

Since 2018, Jamie has been working as a sideline reporter for SEC on CBS. Currently, she serves as the CBS Sports Lead reporter on the show CBS This Morning: Saturday and the reporter on "That Other Pregame Show.'

Sam Buckman and Jamie Erdahl are happily married for five years. They have been in a relationship since early 2014.

Brooke Marie Buckman is the only child of Sam Buckman and Jamie Erdahl. Brooke is two years old.