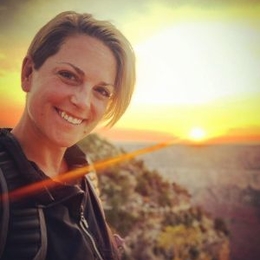 Jamie Yuccas is an American journalist who currently serves as a correspondent for the broadcasting media company, CBS News.

News reporter Jamie Yuccas was born on August 3, 1982, in Minnesota, USA, and is of age 38 years old, as of the writing of this article. She was born and raised in a loving environment with her younger sibling-brother named John Yuccas who is a photographer by profession.

Yuccas's brother, John, is the founder of The Culinary Portfolio (TCP) which is a photography-centered company aimed at the hospitality industry. John, in addition, attended the University of Minnesota-Duluth and graduated with a degree in Liberal Arts and Geography. He is married to his wife Ananta Bangdiwala, aka Jamie's sister-in-law.

Jamie Yuccas was living a single life not long ago before she met and fell in love with a new guy. In May 2021, Yuccas posted a cozy picture with a guy on her Instagram page to announce she was taken.

Congratulation to Jamie. However, the CBS news reporter didn't disclose the name and further identity of her new man. Whatsoever, Jamie is over the moon to have found a partner. 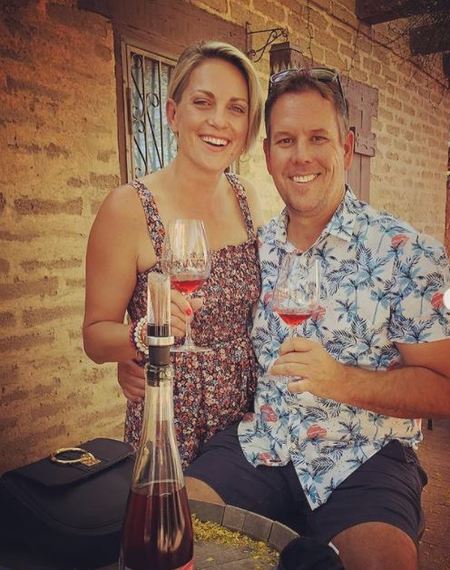 Side by side, CBS News reporter Jamie Yuccas, and her boyfriend. SOURCE: Instagram (jamieyuccas)

On the other hand, Yuccas was previously married to former husband John Sheehan, the current account executive for Starkey Hearing Technologies after having previously worked as a regional business manager for the company.

Jamie tied the wedding knot with Yuccas in 2007 in a private wedding ceremony in the presence of a few guests and friends. After the marriage, their relationship turned sour. Thus, the couple decided to end their marriage after 10 years of living together citing irreconcilable differences. Finally, in 2017, the duo went for divorce and got legally separated. 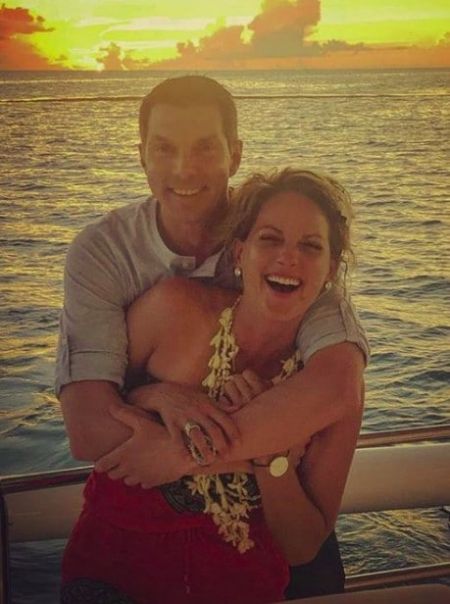 After the divorce, Jamie was involved in a romantic relationship with her then-boyfriend Bobby Maslar. By profession, Maslar is a pilot. Jamie met Bobby during a trip for her work.

While dating Bobby, the couple traveled together for romantic vacations and also shared their holiday photos on their official Instagram account. On Valentine’s Day, Jamie would also express her feelings for Bobby. However, Jamie's relationship with Bobby Masler came to an end for unknown reasons.

Net Worth of Jamie Yuccas

After completing studies, Jamie joined the KTTC-TV team in Rochester before working for WCCO-TV and WBBH as an anchor and reporter which gave her a lot of recognition.

From her hard work and success, she won the Florida Associated Press Award for her reporting on the US Marshal operations. Not to mention, Her profile includes her news story coverage of the 2016 Rio Olympics, and the 2016 US President Campaign, among others. 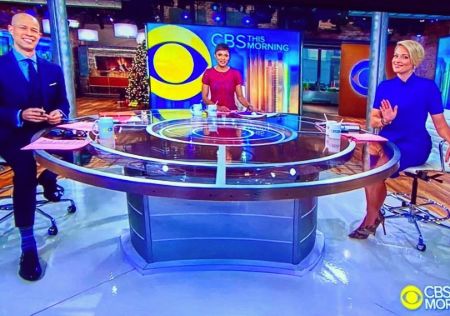 Jamie Yuccas has a decent net worth of $700,000. She bagged a lot of her wealth from her incredible work in national and international television channels. Currently working as CBS Journalist, her wage is around $50,070 per annum.

Jamie Yuccas was previously married to John Sheehan, After living together for 10 years, the duo finally signed a divorce paper and got separated in 2017.