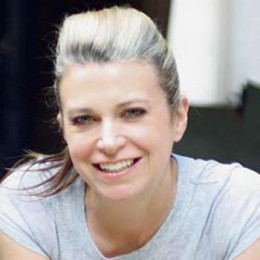 She is the author of best-selling novels like, Got You Back, Skeletons, Getting Rid of Matthew, Foursome and The Ugly Sister. In 2011, Foursome was nominated for the Melissa Nathan Award for Romantic Comedy Fiction. She is also known for her work as television producer on the popular series Teachers, 20 Things To Do Before You're 30, EastEnders and This Life. She studied history at University College London.

Jane Fallon was born on December 9, 1960, in Harrow, London, England. Her parents run a  newsagent's shop and she was raised flat above her parents' shop. She attended  St Bernard's Convent School in Slough, Berkshire. Then she joined  University College London where she studied history.

Jane Fallon has an estimated net worth of millions. As a producer, she earned between $500,000-$750,000. She also succeeds to established herself as a book author, her average salary is more than $100k.

Jane Fallon is in a romantic relationship with comedian, Ricky Gervais since 1982. They first met at University College London and after few meetings, they eventually fell in love.

The duo hasn't married but they are in a live-in relationship since 1984 and lived in Hampstead. They have a cat named, Ollie which was gifted from Jonathan Ross on his Friday night show.