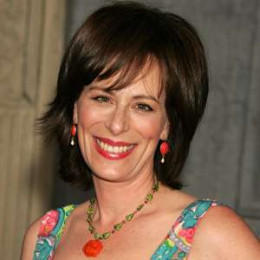 Jane Kaczmarek is an American actress, who is best known for playing the character of Lois in the television series ''Malcolm in the Middle". She is the daughter of Evelyn, an educator and Edward Kaczmarek, a US Department of Defense worker. Kaczmarek attended Yale University in theater groups . She has been awarded three-time Golden Globe and seven-time Emmy Award nominee. Her first popular appearance was in the romantic-drama movie "Falling in Love".

Jane Kaczmarek was married to her longtime boyfriend Bradley Whitford on 15 August 1992, but the couple divorced in 2010, after staying as husband and wife for over 7 years. They have three children, named Frances Whitford, who was born in January 1997; George Whitford was born on December 23, 1999; and Mary Louisa Whitford was born on November 25, 2002. According to her public profile, Kaczmarek is possibly single and has not faced any controversies till date.

Jane Kaczmarek got married to Bradley Whitford on 15 August 1992 but the couple did not continue their marriage relationship nad they divorced in 2010.

Frances Whitford was born in January 1997, to become the first child of the couple.

George Whitford was born on December 23, 1999. He is the second child of now divorced couple, Kaczmarek, and Whitford.

Mary Louisa Whitford was born on November 25, 2002. She is the third child of this couple.