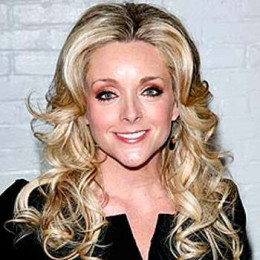 Jane Krakowski is an actress of American nationality who has proved her versatility also through her singing skills. She is known better for the portrayal of Jenna Maroney in the NBC’s 30 Rock, as Jacqueline Voorhees on Unbreakable Kimmy Schmidt and as Elaine Vassal in McBeal. Both these performances have won her critical acclaims and many awards. She was born in New Jersey, United States to parents Ed and Barbara.

Jane is currently single as far as the news of the tabloids is to be taken into consideration. She has previously been linked to several celebrities from within and outside the entertainment fraternity. She is a mother of one son with one of her relationships. She has never been assumed to be a lesbian or a bi-sexual and has never been married too.

Bennett Robert Godley, the son of Jane with Robert was born on 2011, April 13.