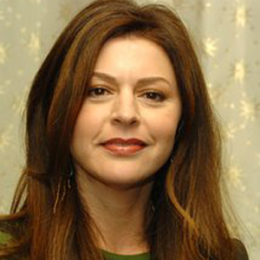 English actress, producer, comedian, singer, and dancer, Jane Leeves , is currently married to CBS Paramount Television Executive, Marshall Coben. Jane was nominated for Emmy Awards and Golden Globe Awards. She has worked in many films, Crowded as Gwen; Hot in Cleveland as Joy Scroggs; Desperate Housewives as Dr. Graham and much more. The Benny Hill Show was her first television series.

Jane Leeves and Coben married on married on 21st December 1996.The couple has a two children; daughter Isabella Kathryn Coben, born on Tuesday, January 9th, 2001. Her son, Finn William Leeves Coben, was born on 19 December 2003. Leeves is a daughter of an engineer father and a nurse, mother. She has won Viewers for Quality Television in a category of Best Supporting Actress in a Quality Comedy Series. She began her acting career from the show named Monty Python’s The Meaning of Life.