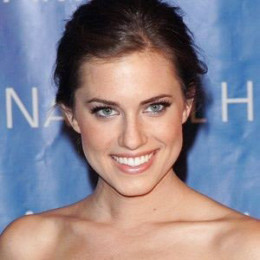 Jane Stoddard Williams is also the former producer of the PBS Series, “Inside Story” and was Executive Producer of “Panorama” in Washington, D.C., Washington’s longest-running daily news and public affairs program. Jane Williams married journalist, Brian Williams in June 1988 at the First Presbyterian Church of New Canaan, Connecticut. The couple has two children, a daughter Allison, born on April 13, 1988, and a son named, Douglas Williams. Their daughter, Allison is an actress who stars in HBO's "Girls".

She got married to a journalist, Brian Williams on June 1988 at the First Presbyterian Church of New Canaan, Connecticut.

Their daughter Allison was born on April 13, 1988 . She is an actress who stars inHBO's Girls.

Douglas Williams has one sister. His sister is an actress who stars in HBO's Girls.