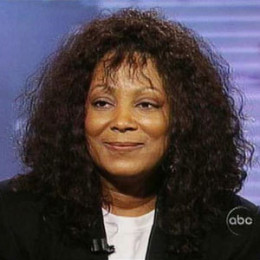 Janet Cooke is a former American journalist, well known as the winner of Pulitzer Prize in the year 1981 for an article written for The Washington Post, later the story was discovered to have been fabricated.

Janet Leslie Cooke was born on 23rd July 1954 in Toledo, Ohio, U.S. She attended the University of Toledo earning a B.A degree.

In the year 1980, Janet Cooke joined the ''Weeklies'' section staff of the Washington Post under editor Vivian Aplin-Brownlee. She falsely stated that she had a degree from Vassar College and a master's degree from the University of Toledo.

On 28 September 1980, the article in the Post, titled ''Jimmy's World,'' she wrote a profile of an eight-year-old heroin addict, won Pulitzer Prize for Feature Writing. She also described the ''needle marks freckling the baby-smooth skin of his thin, brown arms.''

The story also engendered much sympathy among the readers, including Marion Barry, then mayor of the Washington, D.C. He along with other city officials organized an all-out police search for the boy, which was unsuccessful and led to claims that the story was fraudulent.

Later, Cooke resigned and returned the Prize. Regarding this, Gabriel Garcia Marquez said that ''it was unfair that she won Pulitzer Prize, but also unfair that she didn't win the Nobel Prize in Literature.''

In the year 1996, Cooke gave an interview about the 'Jimmy's World' episode to GQ reporter Mike Sager, her former boyfriend.

Jane Cooke is currently single, previously she was married to an Attorney and shifted to the capital France, Paris. They were having a good time together until some differences and problems started in between them which led the pair to file for divorce.

After her divorce, she was in a relationship with Mike Sager, former Post Reporter. They were childhood friends. However, they got separated after few months.

Janet Cooke has made quite a good amount of money from her career as a journalist, her net worth is estimated to be not less than seven figures.

She was married to an Attorney, but their marital relationship as husband and wife couldn't last long and ended in a divorce.