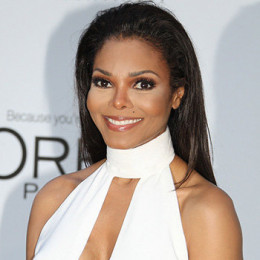 Janet Damita Jo Jackson is a singer, songwriter, dancer and actress, best known for her songs like Together Again, If, All for You, Nasty, Rhythm Nation and That's the Way Love Goes . She began her career in 1976 with the TV series The Jacksons and went on to appear in other television shows such as Good Times and Fame. She is the daughter of Katherine Esther and Joseph Walter Jackson.

An American soul singer DeBarge is the first husband of Janet. Their marriage was annulled just in few months of their marriage.

He is the second husband of Janet, who is a Mexican-born American dancer, songwriter, and music video director.

He is the third and current husband of Janet, who is a Qatari businessman. He is nearly 10 years younger than Janet.