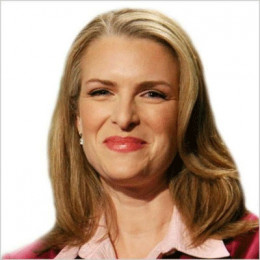 Janice Dean was born in Toronto and grew up in Ottawa. She started her career in Ottawa's CHEZ-FM, where she was a morning show co-host, reporter, and a disc-jockey. Janice joined the Fox in 2004 and is well known as the Canadian weather personality for the Fox News Channel and Fox Business Network. News anchor Shepard Smith of the evening Fox News Channel nicknamed her "Janice Dean, the Weather Machine" and she is also known as "Janice Dean, the Weather Queen."

Janice Dean married a NY firefighter in a simple wedding ceremony at the NY courthouse in 2007. The couple has two sons. In 2005, Janice Dean was diagnosed with Multiple Sclerosis (MS), a chronic autoimmune disease that attacks the protective outer sheaths of the nerves. Because of her illness, she takes injections to prevent the progression of the disease, but during her pregnancies, she didn't need to take them; because pregnancy suppresses MS. She is managing MS well through, proper diet, plenty of water and sleep and including regular exercise and therapy in her daily schedule.

The renowned meteorologist Janice Dean was born on May 9, 1970, in Toronto, Canada. She grew up in Ottawa along with her siblings.

Janice received her educational degree from Algonquin College. She is popularly known for her collaboration with Fox News.

She started her career from CHEZ-FM in Ottawa where she used to work as a co-host of the morning show, reporter and as well as DJ.

In 1997, she got a chance to appear on TV as weather host. Later she had anchored various news shows and radio programs.

Janice rose fame after joining the Fox News Channel in January 2004 and currently, she served as the senior meteorologist of the channel.

Throughout her tenure with a channel, she has covered a slew of storms including; Hurricanes Sandy, Irene. Igor, Earl, and Katrina.

She is best known as "Janice Dean, the coined by her co-anchor Shepard Smith.

The talented Janice is a married woman. She exchanged a vow with fireman Sean Newman in 2007. The duo was blessed with two children; Matthew (born on 2009) and Theodore (born on 2011).

The couple often appears together for a interview where their love for one another is clearly visible. During her pregnancy also, she used to appear on screen flaunting hr baby bump.

In 2005, she was observed with the multiple sclerosis diagnoses but now she is free from all those diseases. Currently, she is living a blissful married life with her husband and children in New York.

The 47-year-old meteorologist has earned a huge amount of net worth from her career but the actual amount is still hidden behind the curtains.

The Canadian weather personality Janice Dean married a firefighter Sean Newman in a simple ceremony which was held at NY courthouse.

The Canadian weather personality working for the Fox news channel, Janice Dean and her husband had their first child Matthew in 2009.

Janice Dean the "weather machine/ weather queen" of the Fox news channel had her second child.