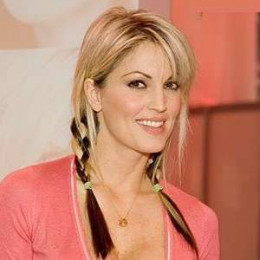 An American exotic dancer and adult film actress, Janine Lindemulder is currently single. She was previously married to Jeremy Aikman from 2009 to 2010. Janine is of Dutch, French, German and Native American descent. She is widely known for her work in American pornographic films. Lindemulder made her adult film debut in the 1992 feature Andrew Blake's Hidden Obsessions. Her first film scene with a male was with Nick Manning in Maneater In January 2006 and won two AVN Awards.

Janine Lindemulder married to Grant S. Motshagen in 1988 but they ended their marriage relationship in the year of 1996.

Then she remarried to Jesse James on 20 October 2002 but hey did not continue their marriage relationship and they divorced in 2004.

After divorced with her second husband she married to Jeremy Aikman on July 2009 but both ended their marriage relationship in 2010.

They have a son together named, Grant Tyler Motshagen was born on July 12, 1991. He has one step sister.

They have a daughter named, Sunny James, on January 1st, 2004. She has one elder step brother.