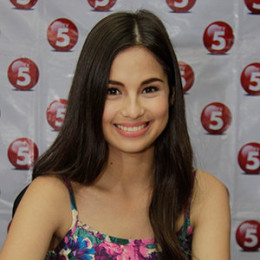 Jasmine Curtis-Smith is a dancer,actress,endorser and TV host. She is the younger sister of Anne Curtis.Anne is an actress and Abs-CBN contract artist. She is the daughter of Carmencita Ojales and James Ernest Curtis-Smith. Her father is a lawyer in Australia and her mother is a Filipina. She is the second youngest daughter of this family. She has a brother, his name is Thomas James, he is a student.

She has an affair with Jeff Ortega. There are many pictures in media with them. They are happy with each other, she loves her boyfriend and he also loves her. There is no information about their marriage in social media. She always smiles in front of media. Her first film was Puti in this film and has a role of Nika, she did well in this film.