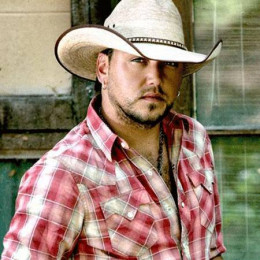 An American country music singer who is widely famous for his singles such as "Why" and "Big Green Tractor.". He was born to Barry Aldean and Debbie Aldean. When he was just three years old his parents got divorced and he was raised by his mother. He completed his high school from Windsor Academy. During his summer he used to spend time with his father where his father used to teach him guitar chords before going to work and when he returned, they would play together. He also owns hunting company named Buck Commander alongside with celebrities like Chipper Jones, Tombo Martin. His single "She's Country." charted on no. 1. He was awarded with Male Vocalist of the Year by 2015 ACM Awards.

Talking about his personal life he married his longtime sweetheart. He fell in love with her when he was rstudying in high school. Later they changed their relationship into marriage. Together they were parents of two children After some year of marriage, he began to have affair with his new girlfriend and the couple got separated. Later he filed divorced and began to date with his new girlfriend. Later they got engaged and got married.

They first met each other in their high school where they used to study together. He filed divorce against her citing irreconcilable differences as the reason behind their divorce. Together they were parents of two daughters.

She is former American Idol contestant. They made their first public appearance as a couple at the CMT Awards which was held in 2014.

She is the eldest daughter of the family. She is cute and gorgeous too.

She is gorgeous and beautiful. Her picture along the family can be found in different sites.