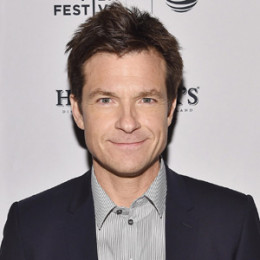 American actor, Jason Bateman enter into the world of the limelight in 1981 with Little House on the Prairie. Later he appeared in the sitcoms, Silver Spoons and The Hogan Family which made him highly popular among the teenage girls. He performed in a spate of comedies including; Juno, Extract, Couples Retreat, The Switch, and Identity Thief. Jason is also known as the director, and producer.

Born on January 14, 1969, Jason Kent Bateman is a son of Victoria Elizabeth and Kent Bateman. His mother, Victoria was a  flight attendant for Pan Am and father, Kent is an actor, writer, and also a founder of a repertory stage in Hollywood.

He has one sibling; Justine Bateman who is an actress and also has three halfbrothers. When he was four, he moved his family moved to Salt Lake City, Utah, and later to California. He belongs to the family of actors and that might be the reason behind his acting profession.

Bateman began his acting career since 1980 with a recurring role on a Television show, Little House on the Prairie where he portrayed the role of James Cooper, an orphaned boy who, along with his sister, is adopted by the Ingalls family.

From 1982 to 1984, he was seen in the sitcom Silver Spoons, as a supporting character. At 18, he became the youngest-ever director of the Directors Guild of America's as he directs the three episodes of The Hogan Family.

In 2003, Jason was cast in the comedy series,  Arrested Development which was a big hit and helped him to receive his first  Golden Globe Awards for  Best Actor in a Television Series Musical or Comedy.

Bateman made his movie debut in 1987 but he tastes the real success in movies from 2004. For his performance in Juno, a 2007 comedy-drama film gets him a nomination for Critic's Choice Awards.

On the other hand, he lends his voice to many animated series like; The Simpsons, Sit Down, Shut Up, A Lego Brickumentary, Zootopia. He worked on several TV series and movies like; The Jake Effect, Growing Up Fisher, The Muppets, Nobodies, This Is Where I Leave You, Identity Thief and much more.In 2017

In 2017, Jason made his comeback in television with  Netflix drama Ozark as both actor and director.

The actor grappled with drugs and alcohol addictions in his thirties.In 2005, he had a minor health scare and diagnosis a throat surgery to remove a benign polyp. In 2009 at n interview he stated about his addiction,

"I'd worked so hard that by the time I was 20, I wanted to play hard. And I did that really well," and that "it was like Risky Business for ten years".

Currently, Jason is living a blissful married life with his family in Los Angeles, California.

Jason Bateman, 48, net worth is estimated to be $ 30 million, while some online sources have mentioned the figure, no official confirmation has come from it. He is a well-established actor and director of Hollywood and he has a different source of income.

Amanda Anka is the daughter of Paul Anka, Canadian crooner. She is an actress but she hasn't seen on screen since 2014.

Francesca is the first child of Jason and Amanda. She is beautiful as her mother and made several public appearances with her parents.

Maple is the youngest daughter of Jason. She is just 5 years old and often spotted with her mom and dad.