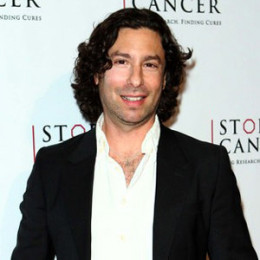 An American actor, director as well as producer, writer, and singer, Jason Gould is a son of singer and actress Barbra Streisand and actor Elliott Gould. Gould has appeared in the romantic comedy-drama film named Say Anything... (1989) and the romantic drama film named The Prince of Tides. Inside Out (1997), is a short comedy film, he has written, produced and directed. Jason has also appeared in a singing named" How Deep is the Ocean" on "Partners" album.

Jason Gould has kept his personal life secret. Say Anything... (1989), The Prince of Tides (1991) and Boys Life 3 (2000) are his popular movies. The Twilight of the Golds is his theater work it’s a drama she has a role, David. There is no information about his affair in social sites. Up the Sandbox is his first movie. Jason has also appeared in a singing named" How Deep is the Ocean" on "Partners" album.