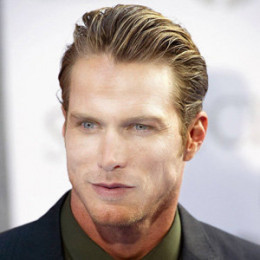 Former fashion model, Jason Lewis is an actor popular for starring the role of Smith Jerrod in the movie Sex and the City and Sex and the City 2. He graduated from San Diego State University in 1993. During his college days, he took the job of waiter and a plumber. After collecting enough money, he moved to Paris and entered into the modeling company. Besides modeling he also began appearing as an actor and made his acting debut by starring in the TV series High Sierra Search and Rescue. Two years later he made his feature film debut by appearing in the movie Next Stop Wonderland.

Jason was seen with Rosario Dawson having romantic love affairs with her. Rosario Dawson is an actor from United States. She is also the founder and owner of her own production company Trybe. As a loving boyfriend and girlfriend they lived together for about a year and they called off their love life with in a year. Besides this relationship he did not have any other authentic relationship.