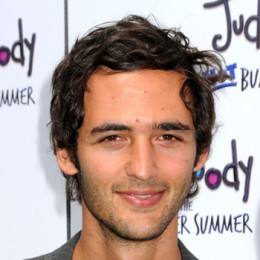 Jason Luis Silva is a filmmaker, television persona, and a public speaker of American nationality known best for hosting the show named Brain Games in the National Geographic Channel. He was born in Caracas, Venezuela and earned a degree in film and philosophy from the University of Miami. He has also released a film entitled Textures of Selfhood which deals with sexuality and hedonism.

American television personality Jason Luis Silva was born on February 6, 1982, in Venezuela to Linda Mishkin and Luis Manuel Silva. His mother is an artist and belongs to the Ashkenazi Jewish descent.

He was raised in Caracas along with his two siblings; Jordan Silva and Paulina Silva. Silva holds both the Venezuelan and American nationality and belongs to the  Ashkenazi Jewish and Portuguese-Venezuelan ethnicity.

He completed his graduation from the University of Miami and grabbed her degree in philosophy and film.

Silva began her television career since 2005. He worked as a presenter and producer on Al Gore's cable network Current TV from 2005 to 2011. In 2013, he became the hosts of Brain Games on the National Geographic Channel.

He is also known as an active and prolific speaker who has spoken for Google, The Economist Ideas Festival, TEDGlobal and much more. He is a self-described wonder junkie ad performance philosopher.

Jason regarded one of those TV personalities who prefer to keep their private life far from the limelight of media. As per the source, he is possibly single and he loves to engage with his work rather than being in a relationship.

Whenever he is asked about his personal life he avoids the question and turned the question to his professional activities.

Jason has earned a decent amount of net worth from his television career but due to her secretive nature, the concrete figure hasn't revealed yet. However, it is assumed to be in million of dollars.