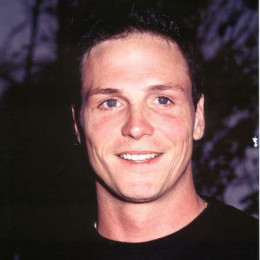 Jason Austin Wiles is a talented actor who came to prominence after playing in the TV series Third Watch and portraying as Colin Robbins in Beverly Hills, 90210. In 1990, he began to pursue an interest in film-making, working on the set of the film Mr. and Mrs. Bridge. He had guest appearance twice in the TV series "Criminal Minds" and on Law & Order: SVU and in the NBC drama-suspense miniseries, Persons Unknown.

Accounting his personal life, he is currently single as he has filed for divorced against his wife. He was married to his wife since 1996 but something went wrong in between them and they decided to take a break. His wife is a literary agent, with whom he has raised two children; a daughter and a son. Besides, there is no record of his past relationship history.

She is the first wife of Jason, who is a literary agent. The couple were married in the year 1996 and currently they are filing for divorce.

She is the eldest child and only daughter born to Jason.

He is the youngest child and only son born to Jason. He is often pictured with his parents at various places.