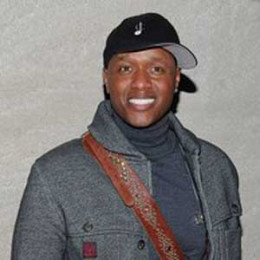 An American singer, musician, Javier Colon is praised by the audiences. The talented artist is married to Maureen Colon with two children. He is mostly focused on the career rather than other things. Colon has already worked with various bands during his starting phases of his career. He is the winner of the show The Voice in 2011.

Javier Colon was born on 29th April 1977 in Stratford, Connecticut. He was born to a family with mixed descent with a Dominican father (who worked in a radio station) and Puerto Rican mother. He was brought up in a middle-class family.

Javier attended Frank Scott Bunnell High School, Stratford. Right from there he started writing songs. Later on, Colon joined University of Hartford's Hartt School to pursue a degree in music. During this phase, he used to perform in various shows as a vocalist in a band named, EmcQ lead by lead guitarist, Ian McHugh.

When EmcQ opened for souljazz trio Soulive, the guitarist of the band Eric Krasno was so moved by Javier's voice that he suggested Javier's name to his friend, Derek Trucks who was looking for a vocalist for his band. Colon auditioned and he got in the band.

In 2002, he left the band to pursue his solo career and signed with Capitol Records.His debut album named, Javier that released on 5th August 2003 reached number #91 on the Billboard 200 album charts.  Moreover, he released a second album named, Left of Centre in 2006.

Furthermore, in 2011, he participated in NBC's reality talent show named, Voice. During the competition, Javier was coached by Maroon 5 frontman, Adam Levine. Aftera all the hard work, on 29th June 2011, he won the show with $100,000 cash. Colon was then signed by Universal after winning the show.

In 2013, Javier launched a series named, Inside Voice with Javier Colon that broadcasted on Back9Network. Later, he was selected as a member of Concord Music Group in 2013. Moreover, he also released another album named, Gravity. He was nominated for Breakout Artist by Teen Choice Awards in 2011.

Javier Colon is happily married to wife, Maureen Colon and has a wonderful life together. There are no such rumors about the divorce and extramarital affairs. They are blessed with two adorable daughters.

Javier Colon has an estimated net worth of $ 1.8 million. He earned enough from his shows and albums. Javier traveled many places with his children and spent most of his free time with them. He is famous among all sorts of public hence has 97.8k followers on Twitter and 7213 followers on Instagram.

Javier Colon and Maureen Colon got married after years of dating. They have not opened up much about their personal life. They have two daughters.

Maureen Colon and Javier Colon has two children. They have not revealed much about their children.

Maureen Colon and Javier Colon might want to keep their children far from media and want to give a normal life to their daughters.