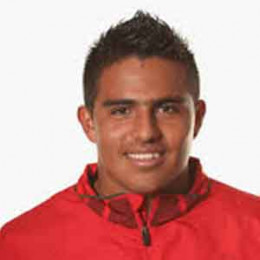 Javier Cortés is a Mexican soccer player who plays as a midfielder for Santos Laguna on loan from Pumas de la UNAM in the Liga MX. He is also an Olympic gold medalist. He started his professional football career in 2008 in UNAM at the age of 19 and played for the club till 2017. Till date, he has scored 29 goals appearing in 252 matches.

Javier Cortés was born as Javier Cortés Granados on July 20, 1989, in  Mexico City, Mexico. His birth sign is Cancer which defines his personality as tenacious, highly imaginative, loyal who can be extraordinarily generous at times.

Cortés has a keen interest in football since his early days, he made his club debut in 2008 in the Mexican league football club, Club de Futbol Universidad Nacional AC (UNAM). He scored 27 goals in his 9-year career with the club in 217 games. The following year, he debuted in the Mexican national team under 20 and appeared in 2 games. 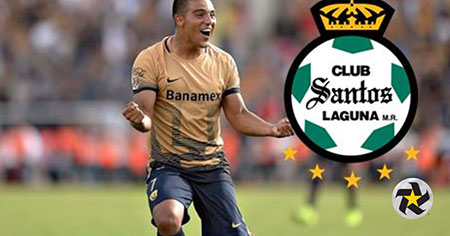 In 2012, Mexico defeated Central American rivals Honduras by a 2-1 win at Summer Olympics. Since 2017, he plays as a midfielder for Santos Laguna on loan from Pumas de la UNAM in the Liga MX where he appeared in 15 games.

Javier Cortés is happily married to his longtime model girlfriend, Aline Torres. The duo is together for a long time as per Cortes Twitter account. The couple is proud parents of two children, a daughter, and a son. He often shared his family pictures on his Twitter where he has more than 250k followers.

Javier Cortés plays as a midfielder for Santos Laguna, a Mexican professional football club. He is one of the strong players of the team. As of 2018, his current market value is $1.7 million (£1.35m). In 2016, his market value was $2.6 million (£2.07m). Considering, his career growth, his net worth isn't less than the seven-digit figure.