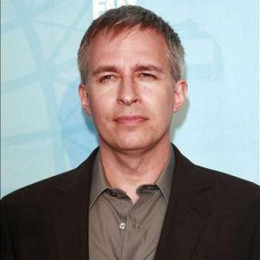 He is an actor who is known for his portrayal as LAPD detective Holland Wagenbach on the FX television series The Shield. Throughout his career, he has made guest appearances on several TV shows such as Cold Case, Criminal Minds, Frasier, Judging Amy, Chicago Hope, The Pretender, Grimm and Stalker. From the University of Kansas at Lawrence, Kansas, USA, he majored in Theatre and Political Science.

Moving on to his personal life, he is a married man. Till now he has been married only once and with his beloved wife he has raised twins; boy and a girl. Actually, he has stayed a bit of low profile in terms of his personal life, as he hasn't disclosed any information regarding his family matters, children details and past relationship history. He hasnot been a part of any controversial issue till date.

A film and television actress, Julia is the first wife of Karnes. Detailed information about their marriage and children is yet unknown to the media.