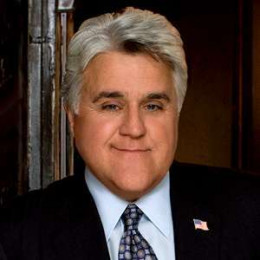 Jay Leno is an actor as well as comedian and television host. He is son of Catherine and Angelo. Jay graduated from Emerson College with a Speech Therapy degree. Jay started his career in night clubs and made his first appearance on" The Tonight Show". Jay appeared on television, acted in a film "American Hot Wax". Leno started a prime time talk show, "The Jay Leno Show" which aired weeknights. Jay also likes to write books and he has written several books such as 'How to Be the Funniest Kid in the Whole Wide World' and 'Leading with My Chin'.

Jay married Mavis Leno on 30 November 1980. He met his wife while performing at a comedy club in Los Angeles.The couple has not disclosed any information about their children.

Jay got married to Mavis Leno on 30 November 1980. He met his wife while performing at a comedy club in Los Angeles.