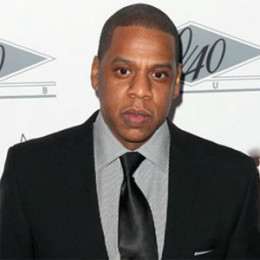 American rapper, businessman, and investor, Jay-Z is a son of Gloria Carter and Adness Reeves .He attended George Westinghouse Career and Technical Education High School. After reaching a new distribution deal with Def Jam in 1997, Jay Z released his album named 'In My Lifetime, Vol. 1'.In 2016, he won a lawsuit for the song "Made in America" with Kanye West featuring Frank Ocean against Joel McDonald.

Jay-Z married Beyoncé Knowles, R&B singer in 2008. On 7th January 2012, Knowles gave birth to their daughter, named Blue Ivy Carter. In 2002, he along with his wife Beyoncé collaborated for the song "'03 Bonnie & Clyde". Jay-Z also appeared on Beyoncé's hit single "Crazy in Love" as well as "That's How You Like It" from her debut album 'Dangerously in Love'.