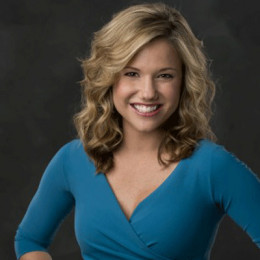 Jaymee Sire is one of the popular American journalist known for her work a weekday SportsCenter anchor at ESPN. She also worked at NFL Live and College Football Live.

Sire is an Emmy award-winning sports reporter and an ESPN anchor, who is nominated for "Hottest Ladies of ESPN - Spring 2014". Jaymee is a self-proclaimed foodie and has her own blog named "e is for eating". She even has a sandwich named after her called "Jaymee Sirewich".

Jaymee Sire net worth is believed to be somewhere $1.5 million.

Sire graduated with a BA in mass communications from Edward R. Murrow School of Communication at Washington State University (WSU). She served as the president of her Kappa Delta sorority from 2000-2001 and was a news reporter and anchor for WSU cable 8.

Her work has taken her from Montana to Washington, Spain, California and now currently resides in Connecticut.