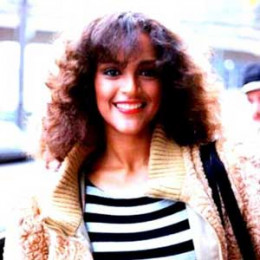 Jayne Kennedy is an American television personality, actress, model plus corporate spokesperson. She was the first African American to win Miss Ohio USA. Jayne was awarded by NAACP Image Award for Outstanding Actress in a Motion Picture in 1982 for her performance in Body and Soul. She is known for various series and movies including- Wonder Women, Cover Girls and so on.

Born as Jayne Harrison on 27th October 1951 in Washington DC, United States, she was raised by her parents- Virginia Harrison and Herbert Harrison. Jayne holds American nationality and is of African American ethnicity.

Her parents after long years of marital relationship, they divorced.

Kennedy attended Wickliffe High School and represented her school at the American Legion's Girls State mock-government program. She was elected as a senator of the program.

While she was in high school, she was also awarded the title of Miss Ohio USA in 1970. Jayne held the record of being the first African-American women to win the title. During the same year, she was the participant of Miss Universe and was among the 12 semi-finalists in the pageant. During that time women with African-American ethnicity were rarely seen in the beauty pageant.

Kennedy debuted TV series with Dean Martin Presents the Golddiggers as a Ding-a-ling Sister in 1967-1968 along with Patricia Mickey and Dean Martin. Jayne along with her ex-husband, Leon Isaac Kennedy moved to California in 1971 to pursue an acting career.

During 1972 she was also interested in pursuing a career in politics and was wanted to pattern herself after Shirley Chisholm, congresswomen. Furthermore, Kennedy appeared in series and movies including- Wonder Women (1975) by William Moulton Marston and Stanley Ralph Ross, Charlie's Angels along with Kate Jackson, Farrah Fawcett and Jaclyn Smith in 1976.

She gathered much of the fame from Cover Girls, a TV show directed by Jerry London alongside cast member- Cornelia Sharpe, Don Galloway and may more.

First women in the US

In 1978, she was the first women to earn a place in The NFL Today in a male-dominated place and was also a first female to host Greatest Sports Legends, a TV series.

In the early 1980s, she produced ad hosted her own fitness show, Love Your Body where she taught people to exercise to lose weight.  Jayne was the first black women to appear on the cover of Playboy Magazine.

The gorgeous woman, Jayne has an estimated net worth of $ 2 million. She earned a huge amount of money through her TV series, movies and by hosting shows. Kennedy looks charming, happy and healthy even at the age of 65. It indicates that she had maintained her physique and diet in a very proper manner.

Talking about her personal life, she was married to Leon Isaac Kennedy in 1970 and has a daughter named, Cheyenne in 1982. Leon is a film producer, playwright plus an actor.  The couple met for the first time when Kennedy was in high school, and her ex-husband was a struggling actor during that period. At their marriage, Smokey Robinson served as the best man. They divorced in 1982, and her ex-husband moved on and married another lady, Lolita Armbrister in 1995.

Furthermore, Kennedy met actor Bill Overton and was in a romantic relationship in 1985. Bill is an actor plus writer known for Grambling's White Tiger, The Best Time and much more. The couple together has three daughters, Savannah Re Overton (1985), Zaire Ollyea Overton (1995) and Kopper Joi Overton (1989). The couple is still together and is living a happy life.

During the 1980s, she suffered from endometriosis, a painful disorder that lines tissue inside the uterus called endometrium and latterly grows outside the uterus.

Jayne Kennedy was married to Leon Issac Kennedy, an actor, and writer. The couple together has a child, Cheyenne in 1982 and was separated in the same year.

Cheyenne Kennedy is the only child of Jayne Kennedy and Leon Issac Kennedy born in 1982. During the same year, the couple split up.

The first child of Jayne Kennedy and Bill Overton is Savannah Re Overton who was born on 20th November 1985.

Kopper Joi Overton was born on 17th May 1989 to Jayne Kennedy and Bill Overton.

The youngest child of Jayne Kennedy and Bill Overton is Zaire Ollyea Overton who was born on 15th September 1995.