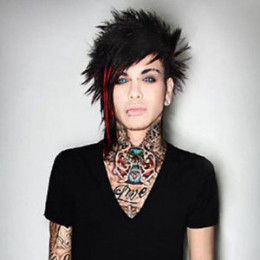 Jayy Von Monroe is a musician associated with the band Blood On The Dance Floor. He is also passionate in modeling, performing, and entertaining. He continued his education only till middle school. Before he started his career he worked as a model. Von actually joined the group as he had good connections with the next vocalist Dahive; whom he met him at Breath Carolina show.

Jayy von is a gay and has a boyfriend. He dated Daniel Griffis since 2009 to 2012 and  kissed Daniel the first time after they were in the relationship. He is recently in a relationship with a famous actor Bradley Heacock.