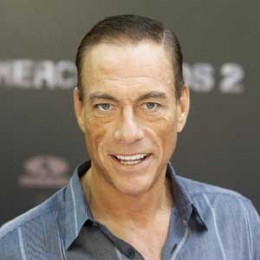 Jean-Claude Van Damme is a Belgian martial artist, actor, film producer and director who has been involved in martial arts from 1976 to 1982. After retiring from martial arts he started in movies like "Black Water", "The Bouncer", "Black Eagle", "Death Warrant", "Dragon Eyes", "The Shepherd: Border Patrol", "Bloodsport" and so on. Besides acting and doing martial arts he is also involved in writing & producing some movies.

Since his parents are from different language origin and his parental grandmother is Jewish, he belongs to mixed ethnicity. He grew up with his 18 months older sister Veronique Van Varenberg.

As a child, he was interested in martial arts and started practicing the art since he was 10. When he was 12 he joined the Centre National de Karate in his hometown where he trained for four years and earned a place in the Belgian Karate Team. After he turned 15 he started participating in karate competitions in Belgium. 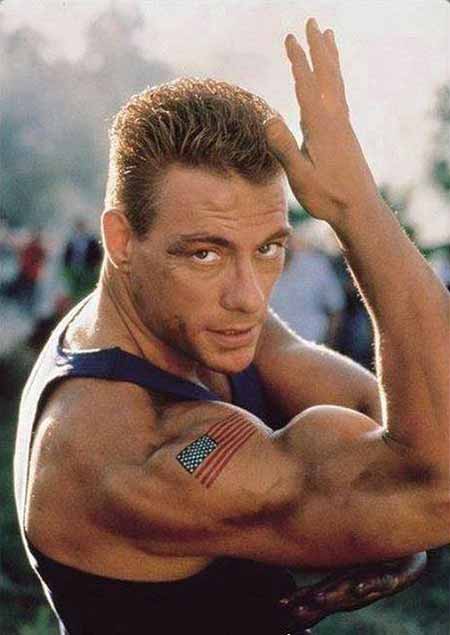 The star wanted to learn ballet and at 16 joined a ballet class where he studied ballet for five years. Damme believed ballet is a hard thing and mastering in it will help him in other sports as well. Later on, he enrolled in a karate school named Shotokan Karate School where he learned some styles like Shotokan Karate and Kickboxing.

Damme also started learning Muay Thai and Taekwondo. Eventually, he earned his first black belt when he was 18 and after that, he started to make his physique by lifting weights. After making a fit body physique he was named Mr. Belgium Bodybuilding after winning the title ia competition.

Jean-Claude Van Damme is a martial artist, actor, film producer and director who has been involved in martial arts since 1976 winning many championships and retired from the field in 1982. He wanted to achieve a career in acting so he moved to the United States and started appearing in various moves and music videos as well.

He has won some awards like Golden Raspberry Award for the movie Double Team for Worst Screen Couple with Dennis Rodman and was honored by the Bollywood industry with an International Action Superstar title. In 2014, he received a Golden Lotus Award for outstanding achievement of Action Movies Show category.

Damme is a professional martial artist who is a pro in styles like Kickboxing, Muay Thai, Taekwondo, and Karate. He was present in the field from 1976 to 1982 and during this time he was fully involved and trained himself by joining Centre National De Karate and trained with Dominique Valera for a full contact karate in 1977.

Damme has taken part in several karate competitions and managed to grab 44 wins and was defeated in four matches altogether in his semi-contact tournament and non-tournament matches. 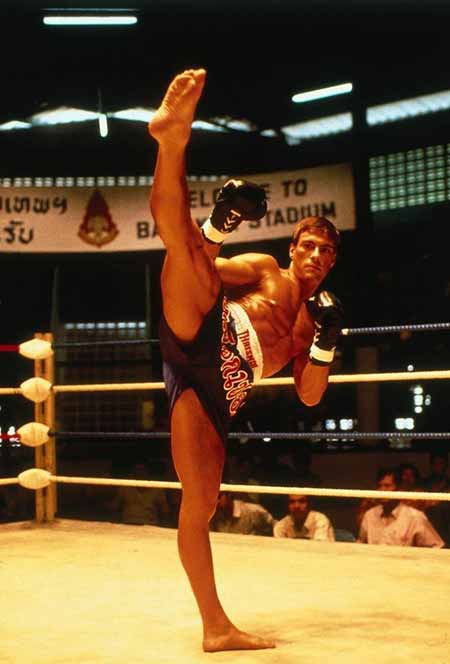 His association in the Belgium Karate team won the team the European Karate Championship which took place in Brussels on December 26, 1979, at La Coupe Francois Persoons Karate Tournament. Damme as a full-contact martial artist won 18 matches and defeated in only one game.

For his amazing performances and capabilities, he gained popularity even got noticed by some big names in the martial art field like Mike Anderson who is a professional karate magazine publisher and European Champion, Geert Lemmens.

They were very impressed by his art styles and regarded him as a rising star in the karate filed. However, in 1982 Damme decided to retire from the competition and left his martial artist career for good and moved to the United States with his friend Michel Qissi to look for opportunities to work as actors.

After his martial arts career, Damme wanted to act in movies and landed in the dance film Breakin in 1984 where he and his friend Michel Qissi worked as film extras. They were cast as background dancers. The same year he was cast in a minor role in the movie Monaco Forever.

Later on, he started getting roles in movies like Black Eagle, Death Warrant, Dragon Eyes, The Shepherd: Border Patrol and so on. He showed his martial arts skills in the 1988 movie Bloodsport which was highly appreciated and received recognition.

While in the 2010's he appeared in big movies like Kung Fu Panda 2 & 3 where he voiced the character, Master Croc, and in the hit movie The Expendables where he portrayed the role of Jean Vilain.

In the movie The Expendables, he acted alongside Sylvester Stallone, Jet Li, Randy Couture, and Liam Hemsworth. His recent releases include Kickboxer Retaliation in 2018 and appeared in movies Black Water and The Bouncer where he portrayed Wheeler and Lukas respectively. 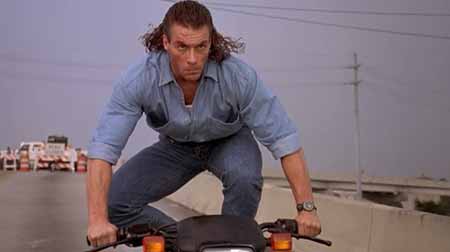 He also helped write the movies Double Impact, Lionheart, Kickboxer, The Quest, The Order and Full Love where he acted too. Damme also produced and directed some few movies.

Damme was first seen in the small screen in 1996 in the popular American sitcom Friends for an episode where he appeared as himself. Later on, he was cast in some series like NBC's series Las Vegas and in a sketch comedy named Robot Chicken where he voiced Count Dracula & Rhett Butler in season 4 for an episode.

The ITV's reality show, Jean Claude Van Damme: Behind Closed Doors shows Damme's life story in a documentary and had eight episodes in season one. His personal life and his struggles were depicted in the reality show.

He was cast in the comedy-drama web television series named Jean-Claude Van Johnson which was produced by Amazon Studios. It premiered on August 19, 2016, and ended on December 15, 2017. For the series, he was joined by Kat Foster, Moises Arias, and Phylicia Rashad.

Damme appeared in some music videos since 1992 and they are Body Count's in the House, Something There, Kiss My Eyes of Body Count, Chage & Aska and Bob Sinclar respectively. He last appeared in a music video in 2015 which was titled The Hum and the artist is Dimitra Vegas & Like Mike vs. Ummet Ozcan.

Damme has an estimated net worth of $30 million which he earned from his career as an actor and by his involvement in martial arts. In the year 1995, he took home a salary of $5 million for the movie Sudden Death. Later on for the movie The Hard Corps he grabbed a huge amount of $3 million as his fee. For his other movies Timecop, Streetfighter, Universal Soldier he took home a huge salary of $5 million, $8 million and $1.5 million respectively.

He was very stressed due to his busy shooting schedules in the mid-1990s and he started using cocaine. Damme spent almost $10,000 weekly on cocaine and used to obtain 10 grams a day. He was caught in a drunk driving case back in 2000 in the 10th of July for which he paid $1,200 fine and spent three years probation and 90-day revocation after been captured in Beverly Hills.

Some of his movies earned some huge amount at the box office.

Damme is married to Gladys Portugues since 1999 and living together in spite of the news about their troubles are in the media. The couple had previously been married in 1992 but divorced due to their differences and remarried five years later in 1999.

The couple has two children together named Kris Van Damme born in 1987 and Bianca Brigitte VanDamme born in 1990. Besides Portugues, he has been married to three women namely Maria Rodriguez, Darcy LaPier and Cynthia Derderian.

After getting divorced from Portugues he married Darcy LaPier on February 3, 1994, and gave birth to a son named Nicolas Van Varenberg with her in 1995. The couple divorced in 1997 and he again married his wife Portugues on June 25, 1999.

As for his skills and talent, he can do 360-degree leap and can do super flying karate kicks. He has a very good physique and is seen doing splits in most of his movies. He is able to do his action by exercising daily and training lightly & correctly.

He received much criticism when he attended an event in Russian federal subject Chechnya's capital Grozny on the 35th birthday of Chechen president Ramzan Kadyrov on October 5. Damme was honored in his birth nation Belgium as in 2012 his monument in a fighting pose is made to mark the 40th anniversary of the Westland Shopping Complex.

Check out the interview with Jean-Claude Van Damme:

Damme firstly married Maria Rodriguez on August 25, 1980, but got divorced in 1984. He married four times after being divorced from her.

Damme tied the knot to Cynthia Derderian on August 24, 1985, but separated after a year in 1986. Their relationship couldn't last long.

He married Darcy LaPier on February 3, 1994, and gave birth to a son named Nicolas Van Varenberg with her in 1995.

The couple had previously been married in 1992 but divorced due to their differences and remarried five years later in 1999. They divorced in 1997 and he again married third wife Portugues on June 25, 1999.

The couple gave birth to their child Kris Van Damme in 1987 and he has a younger sister born in 1990.

The couple gave birth to their second child Bianca Brigitte VanDamme in 1990. She has an older brother named Kris born in 1987.

The couple gave birth to their son Nicolas Van Varenberg in 1995 and the couple later divorced in 1997.