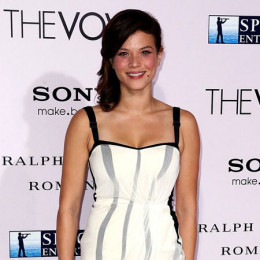 The glamorous Canadian actress Goossen is known for her role of Dr. Krista Bell-Hart in the American medical drama series The Night Shift. Some of her other notable television performances includes Tomoe Gozen in Riverworld, Niki in Alcatraz and Marine Pvt. Joan Matteson in NCIS. She studied biochemistry at McGill University, hoping to be a gynecologist but later decided to pursue an acting career.

Exploring her personal life, she hasn't married anyone till date. She has been a bit of private regarding her relationship status. Till now there is no any record of her affair which seems a bit of weird, as she is so beautiful and talented. Yet there is no any controversial issue related to her personal and professional life. To stay connected to her we can follow her on Twitter @jeanannegoossen.