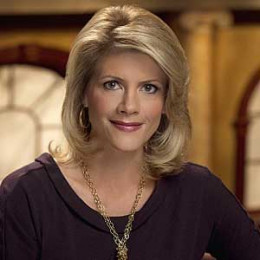 Jeanne Zelasko is a U.S journalist and sportscaster, who worked for "The Beast" AM980 KFWB and Fox Sports West in Los Angeles. She also served as a reporter for Fox Sports and analyst for various programs. Besides, Zelasko was also a reporter for MLB Network, ESPN and a court reporter on Judge Joe Brown. She married a sports anchor and reporter for ABC-owned KABC-TV, Curt Sandoval. She has two children with Curt.

She attended San Diego State University, and it is where she started broadcasting serving metro traffic reports and later hosting a talk show on KCEO-AM radio.

In 1996, she was hired by Fox Sports as a member of the original broadcast team anchoring Fox Sports Nets(National Sports Report) also a sideline reporter for Fox NFL Sunday. She also merged with NASCAR on Fox as a pit reporter in February 2001.

Zelasko took several roles holding special assignments for the MBL Tonight on the MBL Network. On May 20, 2009, she made her MLB play-by-play debut with Los Angles Dodgers, which made her the first woman ever to do play-by-play for a Dodgers game.

She made a guest appearance in the fourth season finale of the CBS TV series Diagnosis: Murder in 1997. In the Swiss motion picture, she played a cameo in Fever Pitch in 2002. She also played the role of the court reporter on Judge Joe Brown from 2011-2013.

Currently, she is working for ESPN and "The Beast" AM980 KFWB and Fox Sports West.

Jeanne Zelasko is a married woman. She married Curt Sandoval, who is a sports anchor and reporter for ABC-owned KABC-TV. The couple tied the knot on 13th June 1998. They have two children together, son Trevor and daughter, Isabela.

However, there are no rumors about the couple's extra-marital affairs and have shown no intention of getting a divorce.

Jeanne Zelasko is currently working for ESPN, and the average salary of reporters woking for that channel is around $85,000. But her salary may be higher than that as she has a lot experience in the field.

Jeanne Zelasko, the famous reporter, and sportscaster married the sports anchor Curt Sandoval in 1998. They have 2 children together.

Trevor is the first child of the reporter and sportscaster Jeanne and sports anchor Curt Sandoval.

Isabela Sandoval is the second daughter of the famous reporter and sportscaster and sports anchor, Curt Sandoval.