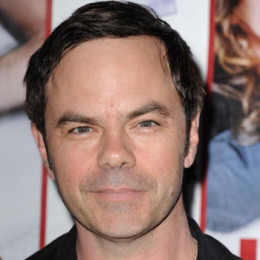 He is an actor and an accomplished pianist who is noted for his roles in movies like Men With Brooms and The Ringer. Some of his other notable film credits include: The Chris Isaak Show (for Showtime), Elizabethtown, CSI, The Ghost Whisperer and Pretty Little Liars. He studied music for two years in college, and later moved to New York City to pursue his career in acting, where he studied theatre for two years.

Moving on to his personal life, he is yet a bachelor. Actually, he has always stayed low profile when it comes to his family details and love life. Till now it is unknown about his relationships history, as it is obvious being so handsome and popular he might have dated some pretty ladies in his past days. Talking about his sexuality, he definitely is not a gay. He currently resides with his family in Topanga, California.