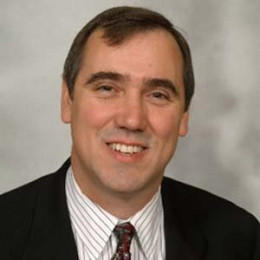 A famous politician, Jeff Merkley is the junior United States Senator from Oregon. A member of the Democratic Party, Merkley was a five-term member of the Oregon House of Representatives representing House District 47, located in eastern Multnomah County. He is the son of Betty Lou Collins and Darrell Philip Merkley. He graduated from David Douglas High School, and obtained a bachelor of arts degree in International Relations from Stanford University. Merkley has publicly announced support for same-sex marriage and introduced the Employment Non-Discrimination Act (ENDA) in the Senate.

He has been linked by a marital relationship toMary Sorteberg. Together the couple has parented two children. They do respect each other's profession and are of understanding nature. Markley also takes his wife's name when he talks about the success he has achieved in the field of politics. Besides, this relationship they have not involved themselves in any other kind of affairs.

He has been happily married to Mary Sorteberg. They are living together and have parented two children.

He is the first child to get birth in this family.

Brynne appeared with Merkley in several campaign ads in the 2008 campaign.